Marise Payne, Minister for Foreign Affairs, announced the creation of an Australia Pacific Security College (APSC), 10 August. This will be established with the Australian National University, to "deliver strategic security and leadership training to Pacific security agencies".

An APSC Design Summary is available. It is envisaged the APSC activities could include "... workshops, seminars, courses, secondments and online resources...". I suggest that this could be flipped, to make online resources the priority. The Pacific is a big place*, and the students will learn better if they spend most of their time at work, in their own country, studying online. They can keep in touch with their teachers, and peers in other countries, in online forums. There are well established processes for doing this.

One outcome expected of the APSC is an "... active network of security officials across the region ...". This network, I suggest, could be supported by a secure online network, linking the staff, students, and alumnus. Given the ANU has already been the victim of a data breach, the APSC will make a tempting target, so additional measures, such as two factor authentication, might be used. 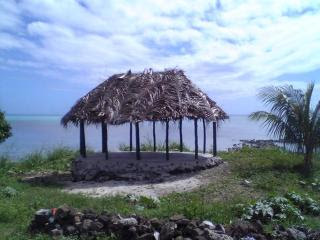 * In 2005 I conducted a five day workshop in Samoa for staff from museums around the South Pacific region, on the use of computer and telecommunications technologies. I spent most of a day traveling to Apia, but due to the International Dateline, I arrived shortly before I left. ;-)
Posted by Tom Worthington at 1:19 PM