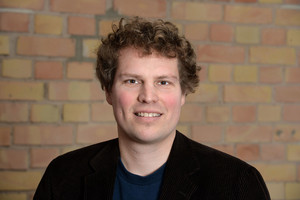 Greetings from the Australian National University in Canberra, where Professor Felix Creutzig from Technical University Berlin is speaking on "Data-scientific approaches for a global urban sustainability science". This is very relevant to Australia, where, we have rapid unplanned growth of cities.

Professor Creutzig began by pointing out that cities are growing, and a large proportion of their carbon emissions are from building the cities. He then pointed out the New York City Green New Deal (OneNYC 2050). However, Professor Creutzig pointed out that most cities are too small to employ specialists to work on such strategies. Studies carried out by researchers, he argued,  tend to be on a large scale, without the fine scale specifics to be of practical use, while small local studies do not have the needed scale. We then got the pitch on how "typologies" with machine learning could be used to fill the gap.

Professor Creutzig started with some simple statistical analysis of cities characteristics. He the introduced a simple topology of cities, by characteristics features such as energy use, GDP, and population density. What I found odd was that the data analysis for this was carried out using published case studies, not actual data from the cities. It worried me this did not seem to e "big data" or machine learning, just a conventional meta-analysis. Also this has built in the biases of whoever collected the data, as to what they though important about cities. Researchers and statistical agencies collect data based on existing theories of cities.

What "big data" and machine learning now offers is the opportunity to use much more fine grained data. I thought Professor Creutzigwas going to go on to discuss this. But instead he talked about an analysis of papers on the use of machine learning applied to climate change mitigation. This might be of some use for someone who was considering setting out to apply AI to urban planning. However, it is not actually applying AI to urban sustainability.

Professor Creutzig has published extensively on the topic.
Posted by Tom Worthington at 12:24 PM