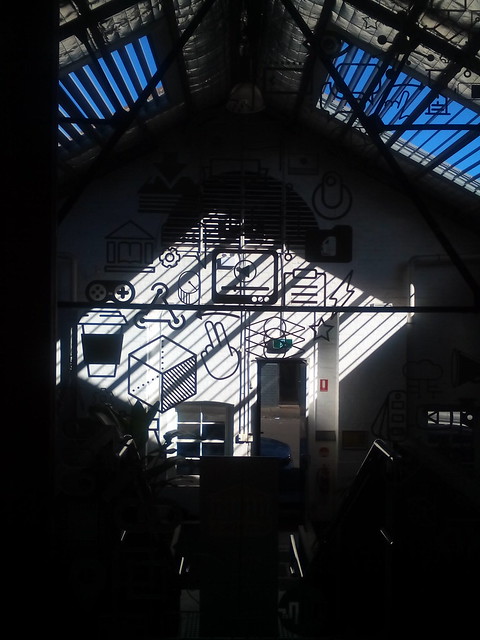 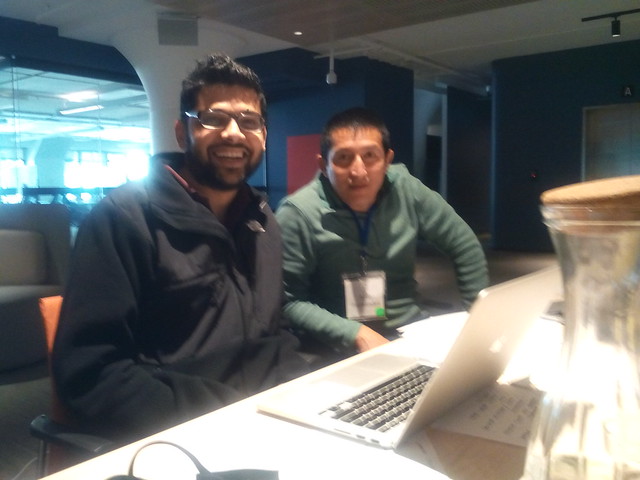 Greetings from Stone and Chalk, a not-for-profit Fintech hub in Sydney, which is hosting GovHack Sydney, part of the weekend GovHack event across Australia. There are several hundred people here prototyping computer applications using open government data for community benefit. They have until Sunday 5pm to produce a prototype and a video to describe it. On the way I visited the "Games for Learning" node at Boomworks, in the Inner West Sydney suburb of Camperdown and the "FinTech" node at the Tyro Fintech Hub in the heart of Sydney. The nodes are much smaller than the main Sydney GovHack, they each have a dozen or so people. The gamers are quietly at their keyboards aiming to out Pokemon, Pokemon Go. The FinTeckers are diagramming their way to systems using block-chain to get around roadblocks in Australian electronic transactions (Smart eInvoicing) and mine education department data to give international students better program choices (The Pinnacle). Here at the main venue there is a buzz of conversation and the click of keyboards.

All the venues are laid out in the "start-up", post-industrial open plan office style. Boomworks and Tyro are real re-purposed old buildings, whereas Stone and Chalk is in a modern high-rise office-building retrofitted to look old (by ripping out the ceiling panels to expose the air-conditioning ducts). 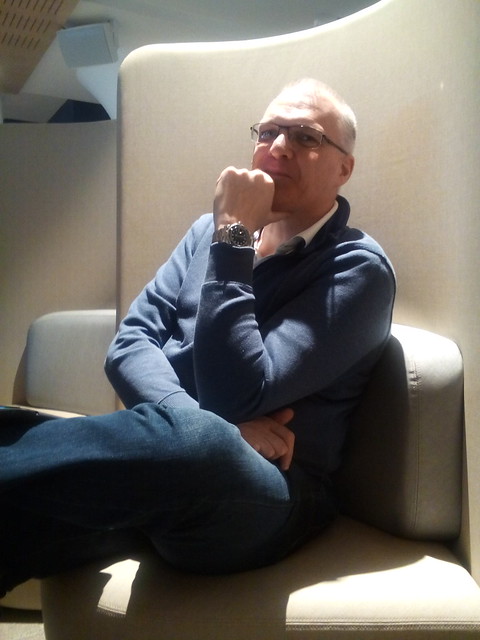 Local, state and federal government agencies have provided datasets for the teams to use, as well as prizes (along with companies). Teams of people, many of whom have not met before, have come together to spend two days working on something. Many are from the IT industry, as well as education and finance, or just anywhere. It is not really about winning, but to answer that nagging question: "What if someone was to ...". This is hacking, not in the sense of breaking into a system, but building something quickly. Under the GovHack schedule, teams have until 5pm Saturday to produce a Team Project Page and 4pm Sunday to have produced a video, with local prizes being announced at 6:30pm.
Posted by Tom Worthington at 3:10 PM