Greetings from the Second International Conference on Open and Flexible Education (ICOFE 2015), at the Open University of Hong Kong OUUK), Kowloon. In their welcome, Professor Danny S N Wong, VP Academic at OUUK pointed out that as long ago as 2000 university was using PDAs for assessment in nursing courses. He pointed out, for the benefit of the younger delegates, that PDAs "Personal Digital Assistants" were predecessors of smart phones of today. It happens I helped with the "Student Practice Evaluation Form" (SPEF-R) for supervisors to evaluate students on occupational therapy professional practice placements (Turpin, Fitzgerald, and Rodger, 2011). The paper based system was converted to a mobile compatible website.

In the conference workshop "Implementing effective e-Learning in Hong Kong schools through the adoption of Open Textbooks", Dr K S Yuen, the Director of Educational Technology and Publishing at OUKH, gave us a hands-on exercise. One examples was Connexions has content, a repository with version control and a review process. Dr Yuen pointed out that you could use a whole open textbook as is, select chapters for use, or make additions to the material. However, one of the problems I have found is finding suitable material and the complexity of making changes and reformatting the content.  He also pointed out the benefits of ePub versions of e-books, with multimedia and interaction, over over a PDF version. Also he mentioned HTML e-books (I use Moodle's book module to make simple e-books). Dr Yuen showed a reading e-book for school children on a tablet computer. He demonstrated that not only could this be used by individual students, the teacher could plug a tablet into a video projector for the whole class to see. He then showed us work of the OUHK Open Textbooks Project.

Dr Yuen pointed out the attempts which have been made in making textbooks less expensive and more open. However, I have doubts as to if he has a viable model to make the project self-sustaining. He has rejected the idea of making a modest amount from selling paper copies of books and audio and e-reader versions. They are still considering advertising on the website. There is also the possibility of having government community announcements in the e-books funded by government (this avoids the issue of commercial advertising in textbooks). Dr Yuen  provided an excellent immediately useful overview of the practicalities of open textbooks. 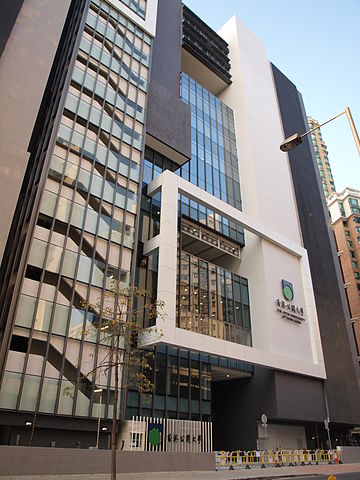 Open University of Hong Kong (OUUK) consists of two multistory buildings in Kowloon. There is no "campus" as such. The meeting room where the conference was held doubles as a basketball court (the hoops swing down from the viery high ceiling).

ICOFE 2015 ends on Friday and then I am off to Cambridge University to talk on how to use eBooks for teaching postgraduate students and take part in the 10th International Conference on Computer Science & Education (ICCSE 2015).
Posted by Tom Worthington at 4:07 PM