Open Content for e-Learning in Response to the Coronavirus, 8am Wednesday 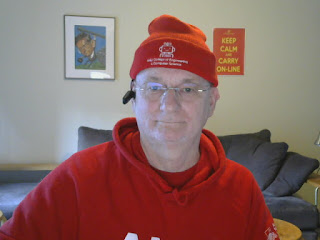 I will talk on "Open Content for e-Learning in Response to the Coronavirus" 5 August, 8-9 am, AEST (Canberra Time) as part of the Microlearning Series curated by Manisha Khetarpal at Maskwacis Cultural College in Canada. This is the second of six weekly sessions.  Register now.

These are online, open to all and free, but please  register now. Suggestions are welcome.

Part 2: Open Content for e-Learning in Response to the Coronavirus

Openness in education can apply to the way education is provided  as well as the course materials. This is not just about using free stuff to save money. The Open Source movement in computing and the Wikipedia show a way of contributing, as well as using, content. This second talk in the series is based on the chapter "Use of Open Education Resources" in my free e-book "Digital Teaching In Higher Education". Also I will cover some requests from the first talk. 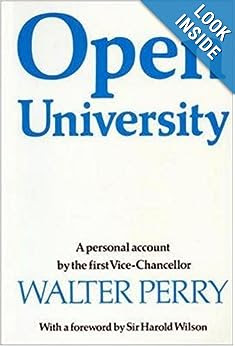 The UK Open University (OUUK) was established in 1969. Walter Perry, the first Vice Chancellor's 1976 account of the formation of the intuition is a must read for those interested in online university education in the face of COVID-19 today. Many of the issues now being addressed with learning during COVID-19 came up 50 years ago.
"Open" in OUUK terms is about providing access to a university education to those who do not have access to traditional university, due to a lack of formal education, money, location, gender or membership of a minority group. Open universities have used whatever communication technology is available: paper mail, radio and TV broadcast, video and audio tapes, now computers, the Internet, and smart phones.
The Open Universities Australia (OUA) consortium has been delivering on-line courses from some of Australia's most respected universities for decades. Australia's University of New England (UNE) was one of the models for OUUK and there are hundreds of open universities around the world.

I find it frustrating when I hear of concerns expressed about remote learning today as if these are new and novel: problems identified, and for which solutions were found, decades ago.
References:
Perry, W. (1976). Open University: a personal account. Milton Keynes: Open University Press.

"digitised materials offered freely and openly for educators, students and self-learners to use and reuse for teaching, learning and research"

MIT's OpenCourseWare can be modified for reuse, unlike most MOOCs.

The Microlearning Series has had many presentations about the concept of Open Learning, so I will not go into much detail here. The idea is appealing, but the practice is difficult.

Two examples of OER are MIT's OpenCourseWare  and more recent Massive Open Online Courses (MOOCs). An important distinction is that MIT allowed their content to be modified and reused. Many other providers don't allow modification, and some limit reuse.

The major failing in many OER projects has been how to sustain them. Projects are usually funded by a government, an institution or a corporation in a burst of autistic enthusiasm, but the funding runs out and the project folds. There has to be a way for OER as to provide a reward to those undertaking it, so they can keep doing it.

The Open Source movement in computing provides one model. Individuals, corporations, governments and universities work on software which can be modified and used for free. They do this partly for the common good, but also so they can make use of the resulting software, including commercial companies for profit.

An alternative approach is where a not-for profit organization can solicit ongoing donations to cover the cost, while making use of mostly donated labor. While not working fr profit, The Wikimedia Foundation, which runs the Wikipedia, and the Apache Software Foundation, which provides much of the software for the Internet, are sophisticated organizations with significant revenue. 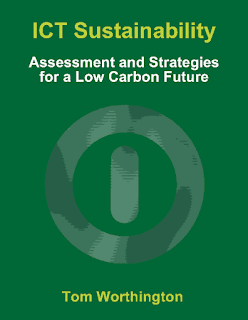 The Australian Computer Society (ACS) me to design an e-learning course in “Green ICT Strategies” in 2008, to train computer professionals in how to estimate and reduce CO2 emissions. The ACS allowed me to retain the intellectual properly, so I released it under a Creative Commons license. It was run as part of the ACS graduate level certificate in February 2009, and the Australian National University (ANU) Masters of Computing from July 2009. ACS also offered the course through Open Universities Australia. A North American version of the course was developed by Brian Stewart for Athabasca University (Canada) in 2011 and is still running as "Green ICT Strategies".
The course was developed in Moodle, with an e-book of notes, under a CC BY-SA open license. A traditional distance education asynchronous approach was used with quizzes, discussion questions and assignments.


Last week one of the questions asked in the forum was: "Is e-learning more time consuming". If you have learned how to learn, or teach, online and a disciplined in what you do, then the answer is "no". However, there can be much frustration, and time-wasting, where teachers try to replicate a classroom experience and students expect that.

A common complaint by students (one I read in a Facbook post today) is that the teachers are not teaching them online, but instead leaving them to work out what to do themselves.

The teachers job is to guide the student's learning, not tell them what to do in detail. Live "lectures" online, or in a classroom, are about the least useful form of instruction for this. A tutor talking to a small group of students is also of little educational value. Instead the teacher needs to focus on getting students to do things, and reflect on what they have done.

One way to get students to engage with their studies is with projects. However, group projects can impose a large administrative overhead for teachers. For years I have been supervising formal university group projects, usually as part of a capstone: required to be completed before the student can graduate. These projects take 12 or 24 weeks, with students in class with a tutor for two hours a week.

At the same time I have been mentoring teams in hacker competitions, which typically take 72 hours, run at a venue 12 or 24 hours a day, usually over a weekend. The hackerthon participants are mostly students, but these are are extra-curricular with no course credit, but some prizes.

The photo shows how these large scale exercises used to be done: in a large room over many hours at a time (Worthington, 2020). Some large hackerthons took over whole university buildings, or floors of corporate headquarters. There is considerable excitement generated by the close physical proximity and fast pace.

With COVID-19 both the project courses and the hackerthons have moved online using the same project management and communication tools. There is the possibility to use hackerthons as a form of group teaching technique. This approach emphasizes the participants organizing their own work and those who participated previously running later events.

Steve Nouri organized a Secure Supply Chains COVVID-19 Hackerthon for the Australian and NZ Defence Forces, hosted by the Australian Computer Society in May 2020. I was one of the Lead Mentors, providing advice to 70 mentors, who in turn helped 500 participants, over 72 hours.

Last week I helped with the two hour team formation exercise for ANU Techlauncher. There are about 300 students, who formed teams of about seven students each live online after listing to pitches from clients. The students will now spend one or two semesters working on projects for about forty clients. Each team has a tutor who they meet with weekly, but the emphasis is on students working togehter.

Both the hackerthon and Techlauncher used Slack, Zoom and other communication tools, plus project tools, such as GitLab. There is potential to make more use of OER templates for such group work and Open Source software.

Posted by Tom Worthington at 9:39 AM