Teaching and Research Jobs at ANU in Computer Science

The Australian National University has advertised three positions for lecturers in the Research School of Computer Science. These jobs are not as dull as described in the official documentation. Some of things I have been involved at ANU recently: 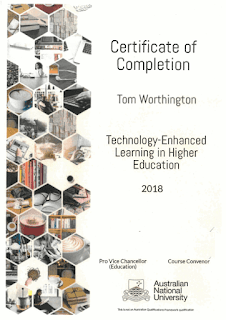 InnovationACT is a ten week startup program and completion for Canberra's university students (with a $50,000 seed pool). IACT starts 14th August. I am one of the mentors (my team last year was OK RDY).

Greetings from the ANU Social Enterprise Bootcamp, at the Australian National University (ANU) in Canberra. This is hosted by the ANU Technology Transfer Office. The workshop is being run by Cindy Mitchell, Social Impact Strategist at the University of Canberra and CEO of the Mill House Social Enterprise Accelerator. Cindy has adapted the tools usually used to start-up a new for-profit business to the not-for-profit sector. 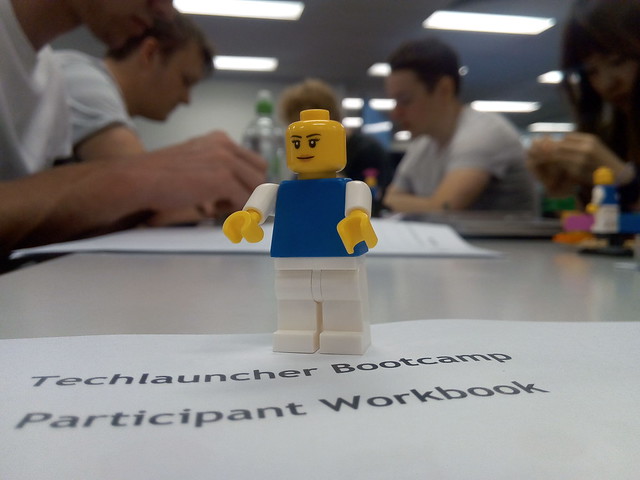 On Saturday I participated in the TechLauncher "Bootcamp" at the Australian National University in Canberra. There were about three hundred students who had been formed into about fifty teams of six students each, after Thursday night's team formation exercise. Each team has a tutor and a client, plus there as some mentors to help teams in areas such as social enterprises. 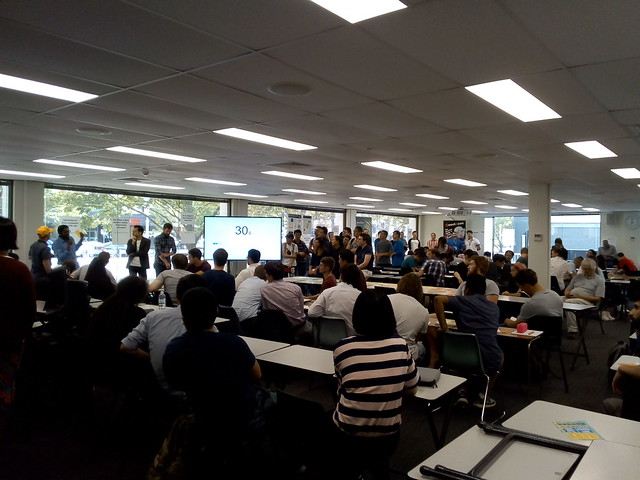 Greetings from the TechLauncher Team Formation event at the Australian National University in Canberra. There are more than three hundred students hearing 30 second pitches from potential clients. The students then select the project they prefer and form a team. They have a year to build what the client wants, which is usually software, but could be engineering hardware.
Posted by Tom Worthington at 9:21 AM